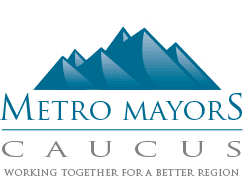 From time-to-time, the Caucus takes positions on issues of significance to the Denver region or to local governments in general. Such position statements and resolutions of the Caucus will be made available for download here. Positions on issues and other decisions by the Metro Mayors Caucus are reached using an open discussion and consensus process.

Using consensus as a process for developing and modifying proposals or positions adheres to our values of an egalitarian, inclusive, collaborative and participatory organization of peers. Consensus encourages full participation and expressions of dissent while striving for a position acceptable to the group.

While unanimity of agreement or consent remains a worthy goal and desirable outcome, efficacy will, from time to time, require something less in order for decisions to be made.